A breakdown of the concept train station creation process

Scroll down and view images while audio plays

Doncaster Sheffield Airport (DSA) required a concept station to show their vision for the future railway station. This station would feature the high-speed Azuma bullet train for the East Coast Mainline. The Agency we worked with Vizuality initially lead with an open brief “can you create a station similar to the Robin Hood airport” this was great because it left us with the creative freedom to develop the concept how we envisioned

When discussing the concept with Vizuality we soon decided on referencing the Doncaster Robin Hood Airports existing terminal waved roof which is iconic to the airport. We wanted to incorporate curves into the design to complement the wave roof and create an additional feature to the front of the station to emphasis the futuristic style and give an exceptional impression.

The exterior footpath and roads were also references from the existing Doncaster Robin Hood Aiport with the addition of interactive display boards for advertising. The train station interior night shot of the Azuma is our personal favourite out of the set as this captures the atmosphere and highlights the Azuma as the hero focus in the image.

All the images are full 3d polygon modelled with the use of photography for the sky and people which where retouch within photoshop. The final set of imagery was used everywhere from in-house reports to national news; view the BBC article here. The story of these images continues many years on and there will be future updates. 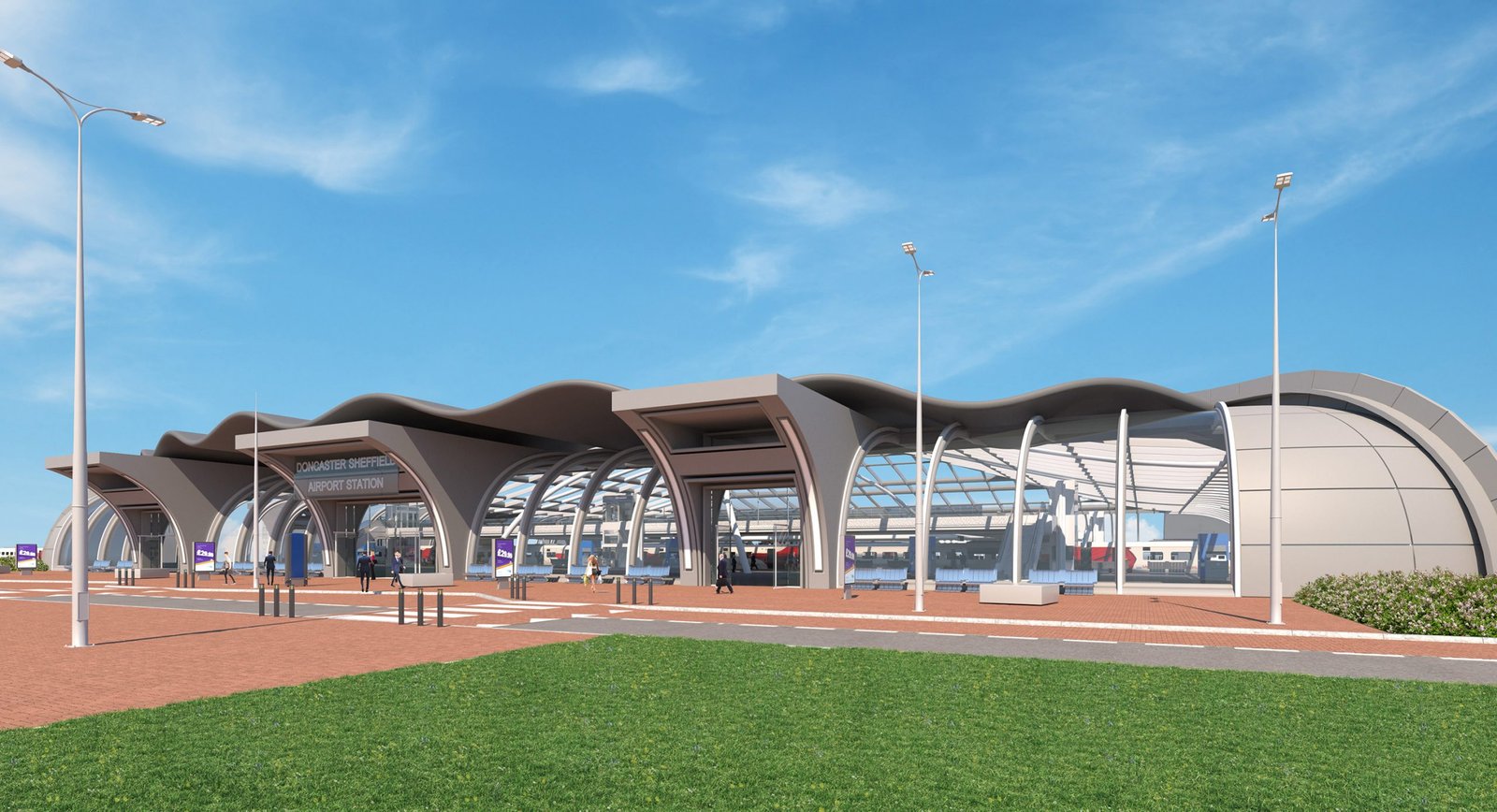 Overall view of the concept station highlighting the wave roof